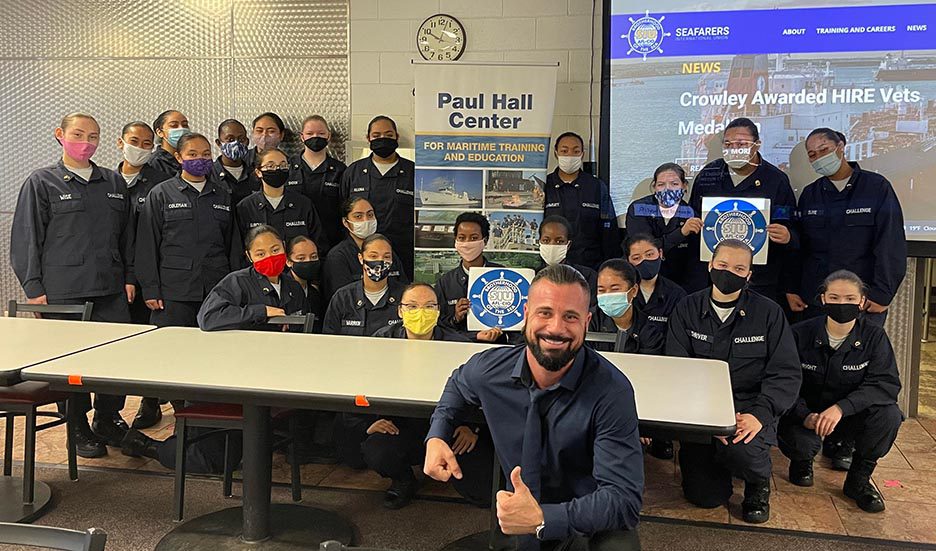 It’s nothing new for the SIU to help make Alaskans aware of maritime career opportunities, but the union in recent months has increased its outreach in the Last Frontier.

Alaska-based SIU Port Agent Nick Marrone II has spearheaded a broad outreach for prospective applicants to the apprentice program at the union’s affiliated school in Piney Point, Maryland; and for individuals already working as credentialed mariners.

“We have gotten an enthusiastic reception everywhere we’ve gone” Marrone said. “People are very interested in the union and receiving their training at the school. They’re eager to work!” Such was the case Nov. 12 at the Alaska Military Youth Academy, where Marrone spoke separately with each platoon. Afterward, around two dozen students showed interest in the apprentice program, which is certified by the U.S. Department of Labor.

Other stops for the port agent have included Joint Base Elmendorf–Richardson (where he regularly meets with separating military members); King Tech Career Center/Alaska Middle College School (AMCS); the State of Alaska Anchorage/ Muldoon/Mat-Su D.O.L. Job Center Network; West Anchorage High; and the Culinary Arts University of Alaska Anchorage. Meanwhile, upgrades are happening at the hiring hall in Anchorage, including adding phone lines, improving internet connectivity and modifying some of the interior layout to facilitate daily operations.