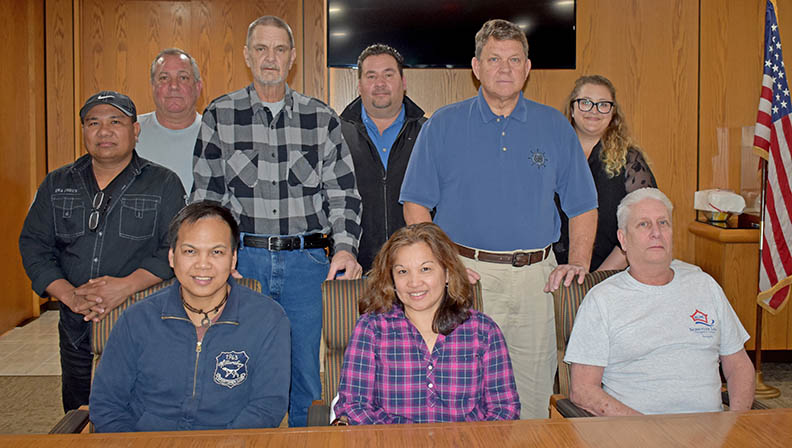 The SIU Constitution requires that a group of rank-and-file Seafarers (elected by fellow members) annually examines the organization’s financial records for the previous calendar year. Accordingly, this process began with the financial committee’s election in Piney Point, Maryland, and then in the following days when they reviewed the paperwork at SIU Headquarters in Camp Springs, Maryland.

The committee found that the SIU’s financial records for 2021 are in good order. Their report, filed with the secretary-treasurer’s office, will be read in all ports and presented for approval at the union’s June membership meetings.

The members handled their tasks in accordance with Article X, Section 14-c of the SIU Constitution, which lists the duties of the annual financial committee along with rules and procedures for electing the group.

In part, their report reads, “We, the committee, do hereby state that we have examined the procedure for controlling of the funds of the union and have found that the system of internal control is adequate to safeguard them properly…. We find that the headquarters of the union is taking all steps possible to safeguard union funds and to see that the disbursements of the union are in accordance with the authority delegated to them and that, at the same time, there is a striving effort to increase day-to-day efficiency of our operation.”

The members reported that they met with representatives from the certified public accounting firm that periodically audits the union’s books and records. Those representatives explained their procedures for checking the secretary-treasurer’s financial report of the union’s records, and they also further discussed the SIU’s overall financial operation. SIU Assistant Vice President Pat Vandegrift also worked with the committee “and made himself and the records of his office available” to the group, according to the report.

Finally, the union’s legal counsel met with the committee and made themselves available should the committee members have any questions.