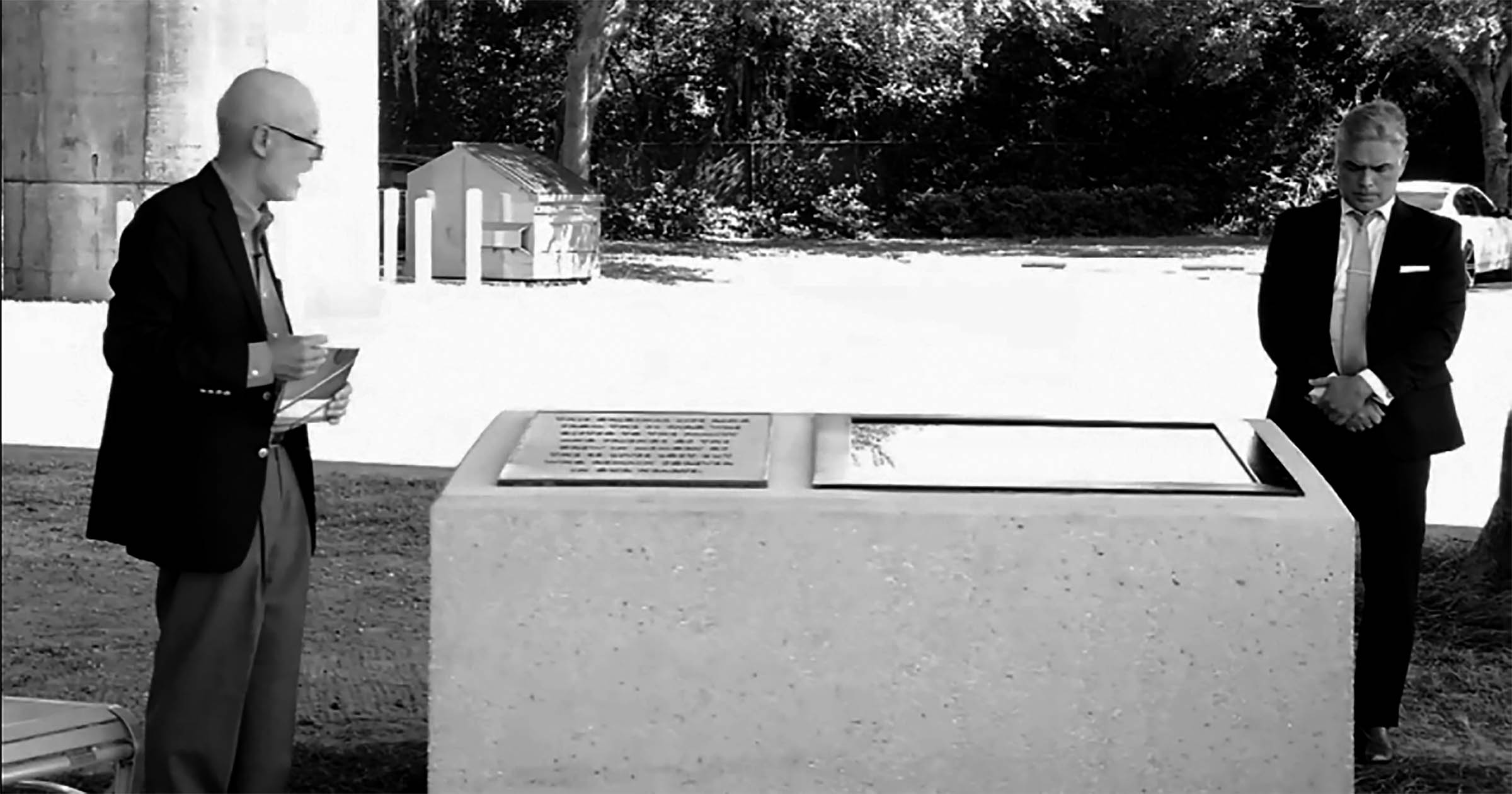 Seafarers-contracted TOTE Maritime on Oct. 1, conducted a “Celebration of Life” ceremony for the families of the crew of the El Faro tragedy. This year’s ceremony took place at the park at Dame’s Point in Jacksonville, Florida, and was live-streamed to those who wished to observe the fifth anniversary of the accident.

The memorial began with the sounding of a ship’s horn, followed by an introduction by Rev. David Rider from the Seamen’s Church Institute. After the presentation of the colors by members of the U.S. Coast Guard, the national anthem was sung by Chad Light, who originally sculpted the El Faro lighthouse memorial at Dame’s Point.

Rider then recognized some of those who were in virtual attendance. Representing the SIU were Executive Vice President Augie Tellez, Gulf Coast Vice President Dean Corgey and Port Agent Ashley Nelson. Representing the AMO were President Paul Doell and Vice Presidents Dan Robichaux and Dave Weathers. Rider remarked on the uniqueness of this ceremony, saying, “Though we cannot embrace one another in a traditional way, I hope life is going well for you on this special day.” He then read the names of those lost in the accident, with a ship’s bell sounded for each lost crew member.

A new addition to the memorial park was unveiled as part of the ceremony, revealing a monument created with the recovered life ring from the doomed vessel. The life ring was discovered on Cat Island in the Bahamas following the sinking, after which it was donated to family members of an El Faro crew member, Deb and Robin Roberts, who wished for it to be displayed for all to see. The monument also carries an engraved plaque, which reads, “This original life ring from the El Faro was gifted to the family and friends of the crew in memory of the 33 lives lost but who remain with us forever in our hearts.”

Rider then unveiled a new painting of the lighthouse sculpture, of which copies will be delivered by TOTE to each of the families of those lost.

In a statement posted to their website, the AMO (an affiliate of the Seafarers International Union of North America) said, “Today, we remain comforted by the certainty that the El Faro officer and crew complement worked as one against terrible odds, and that they did so with focus, not fear, each faithful to the traditions of courage and character that have distinguished American merchant mariners in all economic and defense services since the Revolution. Today, we hold warm thoughts for the survivors of these El Faro mariners – parents, spouses, children and fiancés. These equally extraordinary men and women helped each other endure the nearly week-long search for the ship while gathered at the SIU hall in Jacksonville, bracing for the daily updates from the U.S. Coast Guard – may we all live by their collective example.”