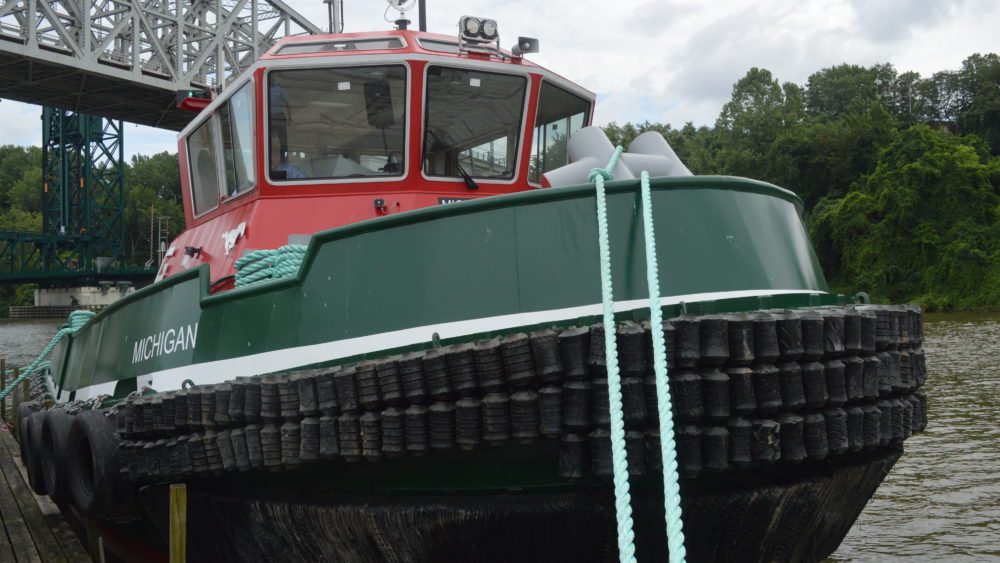 The Great Lakes Towing Company on July 22 hosted a dual celebration in Cleveland – recognizing the organization’s 120th anniversary and also christening the new tugboat Michigan. Crew members didn’t stay long, but that was for a good reason: They had to get back to work, a reflection of the company’s full schedule. 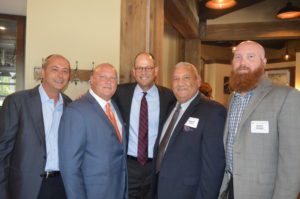 “Through decades of changes, experiencing both the highs and lows, the company has endured, and remained a critical link in the Great Lakes transportation system,” said Joe Starck, company president. “We have always tried to be an outstanding corporate citizen. We are proud to be celebrating 120 years, and we look forward to many more.”

The Michigan was christened by vessel sponsor Carolyn Watkins, an official with the Ohio Environmental Protection Agency. According to Great Lakes Towing, she “was instrumental in helping the company secure funding assistance through the EPA’s Diesel Emissions Reduction Grant program for the fleet’s new construction program.”

The Michigan is the third in a series of five, 64-foot harbor tugs that Great Lakes Shipyard is building for Great Lakes Towing’s operation. It is powered by two diesel engines and generates more than 30 tons of bollard pull, but it also features a hybrid system that will allow it to operate on electricity while at idle, underway at low speeds, or when under low loads.

“The tug’s compact size and high maneuverability make it ideal for the narrow waterways and low bridges that characterize harbor towing on the Great Lakes,” the company noted.

The tugs Cleveland and Ohio were the first new ones built in the series as part of the company’s fleet renewal program. The fourth tug, Pennsylvania, is slated for completion later this year. The fifth, not yet named, is scheduled for a Spring 2020 completion.