The following article was submitted by Captain Jon Skoglund (a member of the Seafarers-affiliated American Maritime Officers), serving aboard the Crowley-operated USNS Victorious. The vessel is crewed by SIU members and AMO officers. 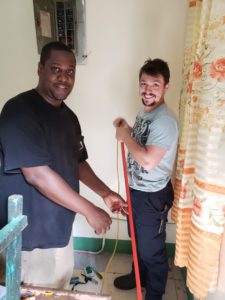 While the Victorious was in Subic Bay, Philippines, during December 2018, mariners decided that we would look into how we might be able to help out a local orphanage. Chief Mate Rob quickly found an orphanage for sexually assaulted girls in Olongapo. After touring the facility, it became evident these girls needed our help. Although the city of Olongapo had workers there installing new showers and a septic system, they lacked basic necessities, such as enough beds, fans for ventilation (there was no A/C in any part of the building), a washer for clothes, storage for their clothes, bedding and towels…. The list goes on.

The Chief Mate did some research and found that four beds and a washer would cost $679. The good people aboard the Victorious raised $1,400 in just two days. In addition, the Crowley Business Unit donated $679 dollars to cover the initial expenses, and the fantastic folks that are a part of the Crowley Jacksonville Team donated another $445 to the cause. 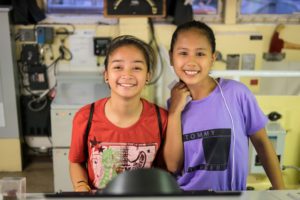 With this extreme generosity and the hard work of Chief Mate Robert Swinburne, 1AE Nick Swanson, 2AE Jenna Palaschak and QMED Deven McCoy, we were able to make the girls’ home a safer and more pleasant place, while providing them with the basics that most of us take for granted: Five bunk beds, a new washing machine, a freezer (full of food), six fans, sheets, towels, blankets, plates, cups, silverware, cleaning supplies, personal hygiene products and lastly, we had enough money left over to fill the cupboards with dry goods.

We were also lucky enough to host the girls and their counselors aboard the Victorious for a tour and a pizza night. You can tell by the smiles that both the girls and the crew enjoyed our time together. As it turns out, no matter where you are in the world, pizza and ice cream are popular with a crowd!

Thank you all for your help! A heartfelt Happy Holidays from the crew of the Victorious. 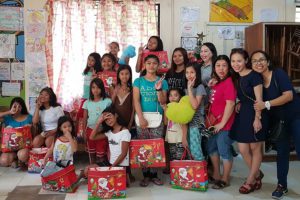