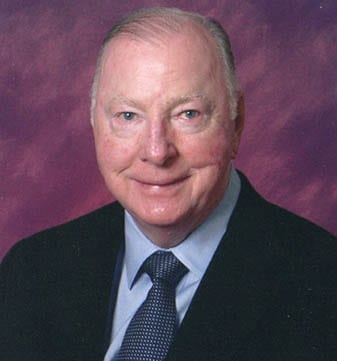 A former mariner, Tolan came ashore in 1957 to work for Alcoa Steamship Co., and became an industry stalwart for decades. His tenure included serving as senior vice president of labor relations at SIU-contracted Sea-Land from 1985 until he retired in 1999 (he subsequently opened a consulting business). Tolan’s other posts with Sea-Land included executive vice president of the Americas Division and vice president of human resources.

Tolan also headed up organizations that negotiated key agreements with shipboard and shore-side labor unions, including the U.S. Maritime Alliance, the Carriers Container Council, and the American Maritime Association (which includes companies that are signatory to the SIU’s standard contracts). He is also considered one of the pioneers of containerization.

“He was an honest guy,” Tellez said. “He didn’t play games and you always knew where he was coming from. I thought he was fair and he understood that a contract had to be a winwin.” Former Horizon Lines CEO Chuck Raymond told the Journal of Commerce (JOC), “Dave was able to achieve incredible results through his creativity, energy and strong and compassionate understanding of the workplace and the special role laborers played in shipping worldwide.” Tolan received the Admiral of the Ocean Seas award from the United Seamen’s Service in 2000. During the ceremony, he stated, “I’ve been involved with labor at every level for a long time and I have learned that the most important message we can give to the unions is that real job security could only come from their ability and willingness to adapt to change.”

One online remembrance of Tolan credited him with being “especially influential in building positive longshore labor relations on the East and Gulf Coasts after decades of strife.”

A New York City native, Tolan sailed as a deck officer for six years. He graduated from the State University of New York Maritime College at Fort Schuyler.

Anthony Scioscia, who also worked as a senior labor relations official with Sea-Land, told the JOC that Tolan “was instrumental in aligning the union activities to the new container movement, including not just the longshore labor unions, but the seagoing unions as well. His efforts brought the labor movement and management into sync in terms of containerization and in doing so, he was very effective. The unions … might not have agreed with him, but they certainly respected him.”