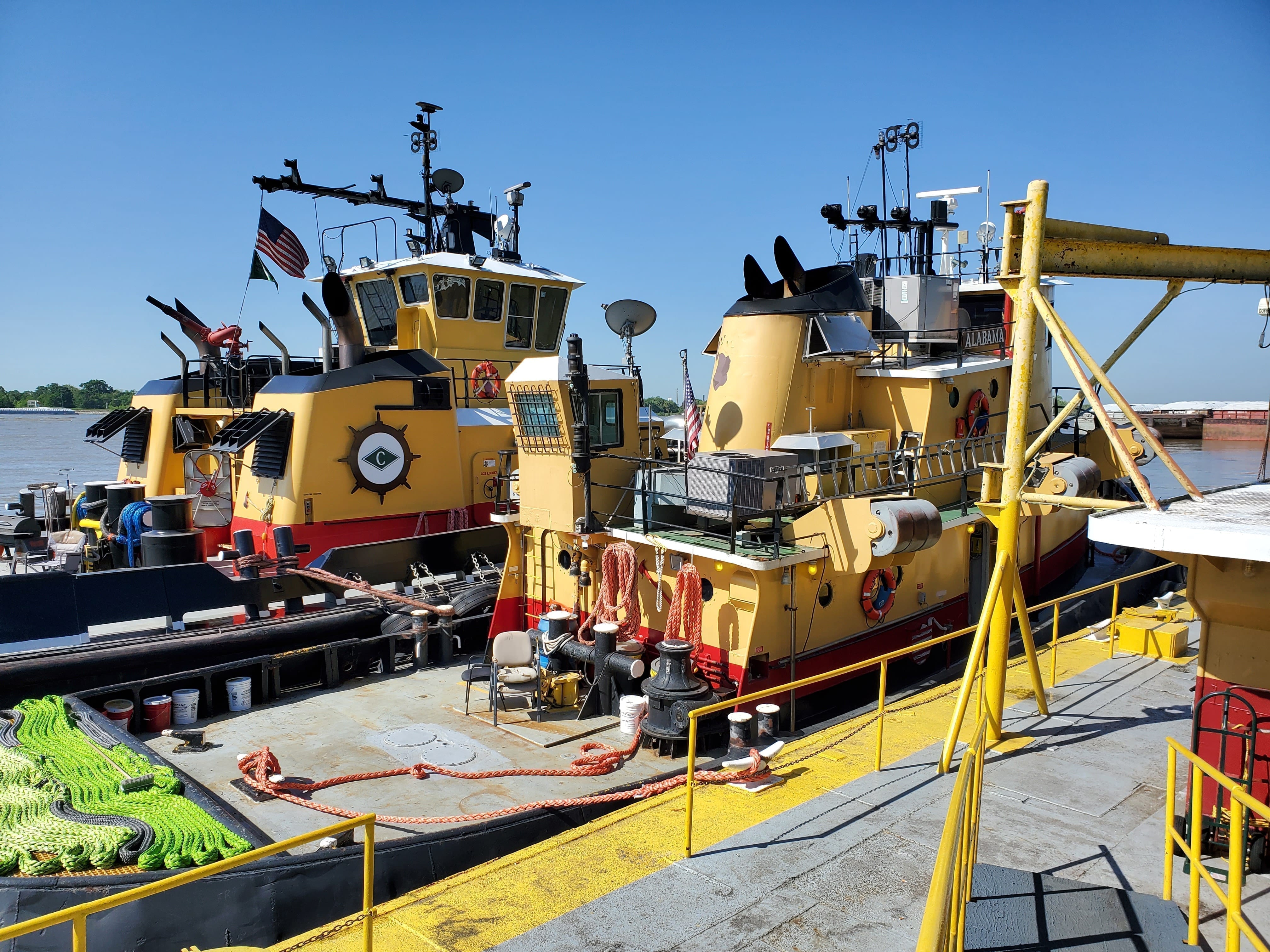 The contracts, covering approximately 200 SIU members, are practically identical, and they include annual wage gains while maintaining top-of-the-line benefits. One agreement covers members in New Orleans and Savannah, while the other applies to boatmen in Mobile.

The pandemic didn’t stop union and company personnel from bargaining in person, though the respective negotiating committees isolated in hotels beforehand, and additional precautions were taken. Voting took place aboard the boats.

“Most of the people involved have been vaccinated,” pointed out SIU New Orleans Port Agent Chris Westbrook, who led the union’s committee. “This COVID thing has been really challenging for everybody, but it’s amazing how the crews have operated through all of it. They have done the work and never had to shut down.

“A lot of that stability is a testament to the long tenures of the employees and the quality of the crews,” he added. “Crescent tends to get good, long-term employees, and I think the pandemic is a testament to why that’s important. And with that as a backdrop, we were able to negotiate a very fair package that in this day and age, a lot of other people aren’t seeing. Hopefully this will be the one and only time we negotiate during a pandemic.”

Westbrook noted that the seven rank-and-file delegates who served on the bargaining committees have a combined 188 years of employment with Crescent (an average of slightly less than 27 years per member). 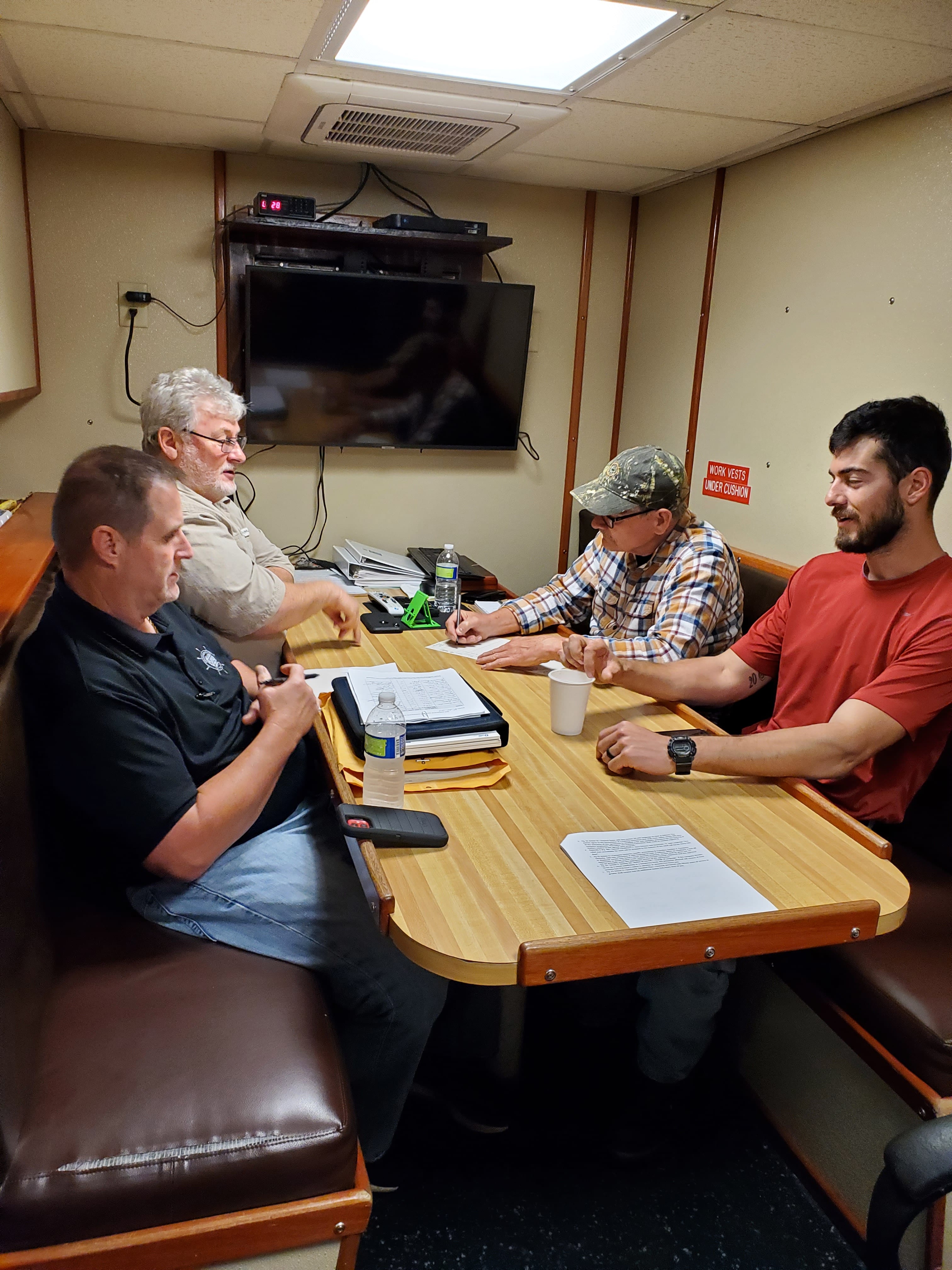 Bargaining took place April 6-9 for the New Orleans/Savannah contract and then April 14 for the Mobile pact. Ratification happened April 9-16.

In addition to securing wage gains and maintaining medical and pension benefits, the union negotiators also bolstered seniority clauses, enhanced bereavement benefits, added to vacation benefits for employees with at least 15 years of service, and established a training committee. That group, consisting of representatives from the union (including rank-and-file members) and company, is slated to convene within the next 90 days to identify “fair and equitable ways to train employees,” Westbrook said. “There’s no doubt the industry is becoming more technical and requires more training.”

“It’s a good contract,” said Murley, who started his SIU career in 1978 after finishing the trainee program in Piney Point, Maryland. “We were prepared and we tried to be reasonable with our expectations. I think we got a pretty good contract for the next three years and I think Crescent came out on top, too. It’s kind of a partnership, and at the end, you shake hands and everybody goes back to work.”

McDermott agreed that members have ample reason to be pleased with the contract, and he also credited Westbrook for leading the group.

“It’s a good contract, and Mr. Westbrook is a beast,” McDermott said. “Chris does his homework, and he gave us useful insights. I think we got a spectacular contract compared to what’s going on elsewhere during the pandemic. We couldn’t ask for anything else.”

Chris Walker said the agreement is “a good, fair contract for the men. Everybody was able to get a little bit of something out of it. Bargaining was fairly quick. The company understood what we wanted to put on the table, and we understood what they wanted.”

“The crews were pleased,” said White. “Based on what we obtained, the guys were excited about it. Because of the COVID situation, they weren’t sure whether the company would be in position to do anything positive. But, through negotiations, it turned out well.”

Crescent operates 17 boats in New Orleans, five in Savannah and three in Mobile, with four-person crews that generally adhere to a schedule of seven days on followed by seven days off. The boats are used for ship-docking operations.

Virtually without exception, the individuals pictured on this page have been vaccinated against COVID-19, or had recently tested negative before the photos were taken, or both. The respective bargaining committees isolated in hotels prior to the start of bargaining.