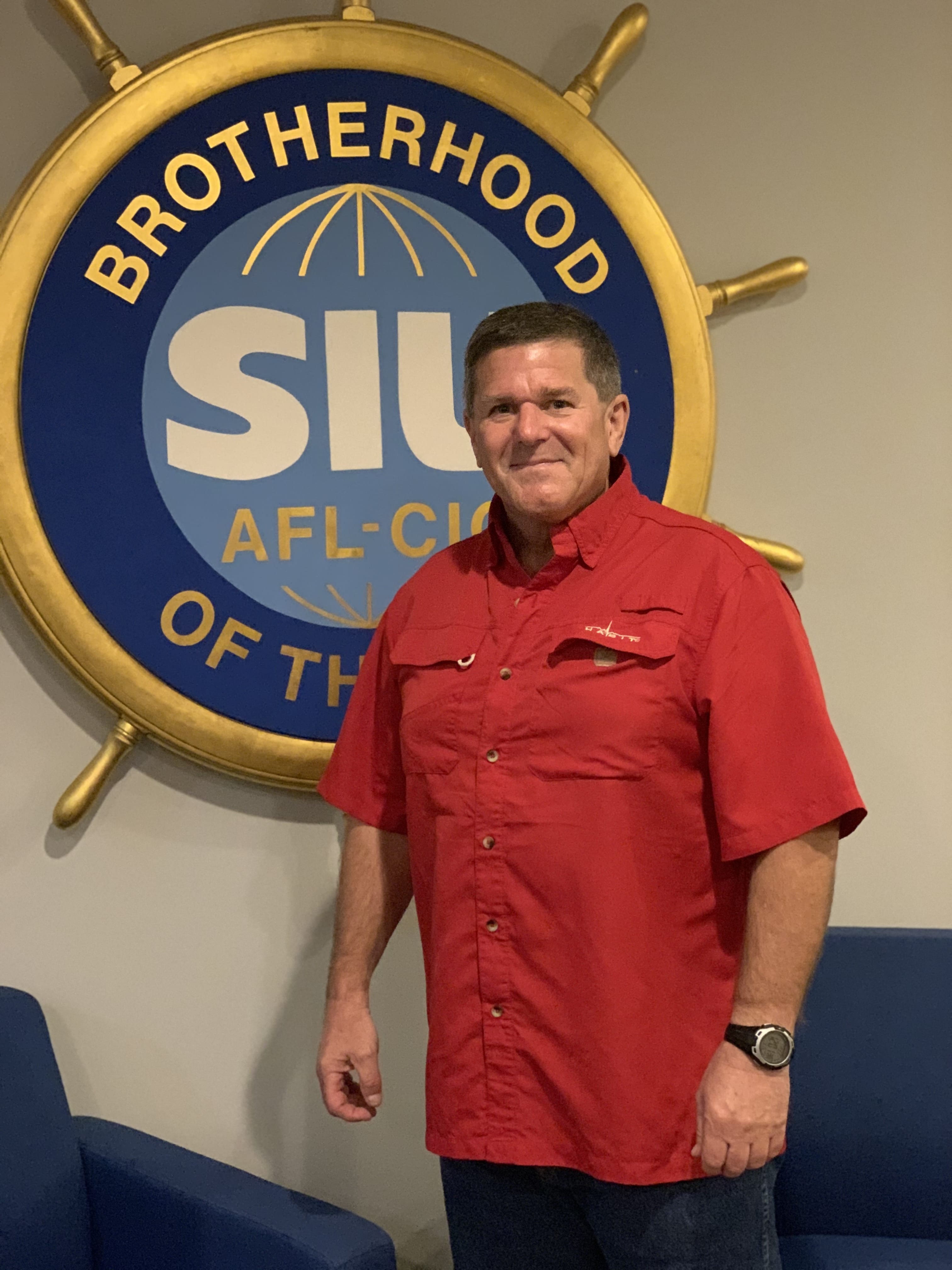 It doesn’t take long in conversation with Steve Sears to identify what he truly treasures.

Any mention of his wife of 30 years or their two adult daughters elicits genuine emotion and an unabashedly loving reaction.

Yet, in reflecting on his 41-year career as an SIU member, it’s hard not to begin with the financial success he achieved.

Sears, 62, who is believed to be the longest serving tugboat captain in Crowley’s fleet, is retiring with a substantial, hard-earned pension that easily could allow him to live quite comfortably the rest of the way. He also made a very good (and again well-earned) living as an active Seafarer, racking up many thousands of days at sea.

But he didn’t rely solely on his full-time income, nor did he simply wait until he could collect the pension before pursuing other goals.

“Steve is a great example to his fellow members of how some basic financial planning and investments outside the Seafarers Pension Plan can really make a difference,” said SIU Vice President Contracts George Tricker, who takes particular interest in the long-term financial wellbeing of Seafarers. “Because SIU members don’t have to contribute to their pension plan, it frees up money that potentially can be invested elsewhere. And as Steve has shown, a combination of saving and investing can pay off in many ways.”

Sears blended hard work, frugality and investments to lead a comfortable, eventually debt-free life. He is quick to credit his wife, Donna, for help with money management and working towards the same goals. He also appreciates the pension and medical benefits available through the Seafarers Plans (the latter of which limits out-of-pocket costs, thereby freeing up funds for savings and/or investments).

The results are eye-popping.

Sears, who grew up poor, recently paid cash for a $118,000 recreational boat. He didn’t take a mortgage on his most recent lakefront home in New Hampshire – and he also owns another boat and another house.

He doesn’t flaunt any of his monetary acumen, and only agreed to discuss it when told it may help his fellow union members.

While Sears followed the age-old investment guideline of “diversify or die,” his biggest windfalls came from real estate. He bought “nice properties” in Florida, New Hampshire and Gloucester, Massachusetts, paid them off early, and tripled his money on each one.

“That’s what paid for college” for both of his daughters, he noted.

Asked to offer other tips, he replied, “Watch where your money goes. I’ve seen it over the years – many people that could have a lot (of savings), but don’t. Also, be wary of paying interest, and don’t always go for that big kick. For instance, when I buy a car, I buy one that’s two years old and has 28,000 miles on it…. I don’t make payments. Everything I own, I own. I don’t owe a dime to anybody.”

Sears grew up on the water, and began working on party boats at age 13. (If that sounds glamorous, know that his job mostly consisted of untangling fishing lines and otherwise assisting the paying customers.)

He had no interest in, nor money for college, so he sampled life as a tub-trawling fisherman after finishing high school.

The job paid well, but the physical demands – particularly in the middle of New England winter – quickly led Sears to contemplate other ways to make a living in the maritime industry. Largely by chance, an acquaintance got him into the trainee program at the union-affiliated school in Piney Point, Maryland, in early 1979.

Things didn’t start very well for him at the picturesque but isolated campus.

“I’ll be the first to admit, I was as homesick as could be,” he recalled. “I did not want to be there, but I kept going and stuck with it.”

Indeed, after graduating in Class 271, he became a bosun on the base. “When the new guys came in, I could tell them, ‘Look, I didn’t like it either in the beginning, but once you get into it, it’s not bad,’” Sears said. “I taught new guys every time, so it didn’t get old. We had new people arriving every week or every other week. I enjoyed it, actually.”

He appreciated the financial bump, but had no plans to stop there.

“I was driven, and I knew that if I was going to be on that boat, I was going to do the best I could to move up and get paid,” Sears said. “I read the contract.”

He also recognized the good fit at Crowley right away, and while the work certainly wasn’t easy, it compared favorably to handling fishing gear.

“You do that (trawling) a couple times and then you go out on the tugs, I mean, on a rough day you didn’t even have to go outside the wheelhouse,” he said. “I liked the tugs. Fishing was a lot harder.”

Sears worked his way up to captain, and eventually became qualified to operate all of the company’s boats. He spent the next few decades moving various cargoes around the country, including to and from Puerto Rico and the U.S. Virgin Islands.

And for the record, he never once got seasick.

From the Mouths of Babes

Sears is in good physical shape and plans to stay active, including periodically helping Crowley with out-of-the-ordinary, part-time assignments.

Though he’s been a dedicated family man all along, his perspective on life couldn’t help but change after his wife survived two different, harrowing health scares in recent years. Those experiences made him look forward to having more opportunities for family time.

In fact, his only borderline regret about working so hard for so long is that he inevitably wasn’t home as often as he’d have liked. But even that consideration was at least partly allayed.

“I always felt like I missed so much, because I worked all the time,” Sears said. “But when I was home, I was a (school) chaperone with my kids. I was the only dad that wasn’t working.”

One year, a grade-school teacher said to one of Sears’ daughters, “Is your dad going to be home for Christmas?”

The daughter said no, he usually works on Christmas. The teacher answered, “That’s so sad. I’m so sorry.”

The daughter replied, “Why? When my dad isn’t home, we have two Christmases!”