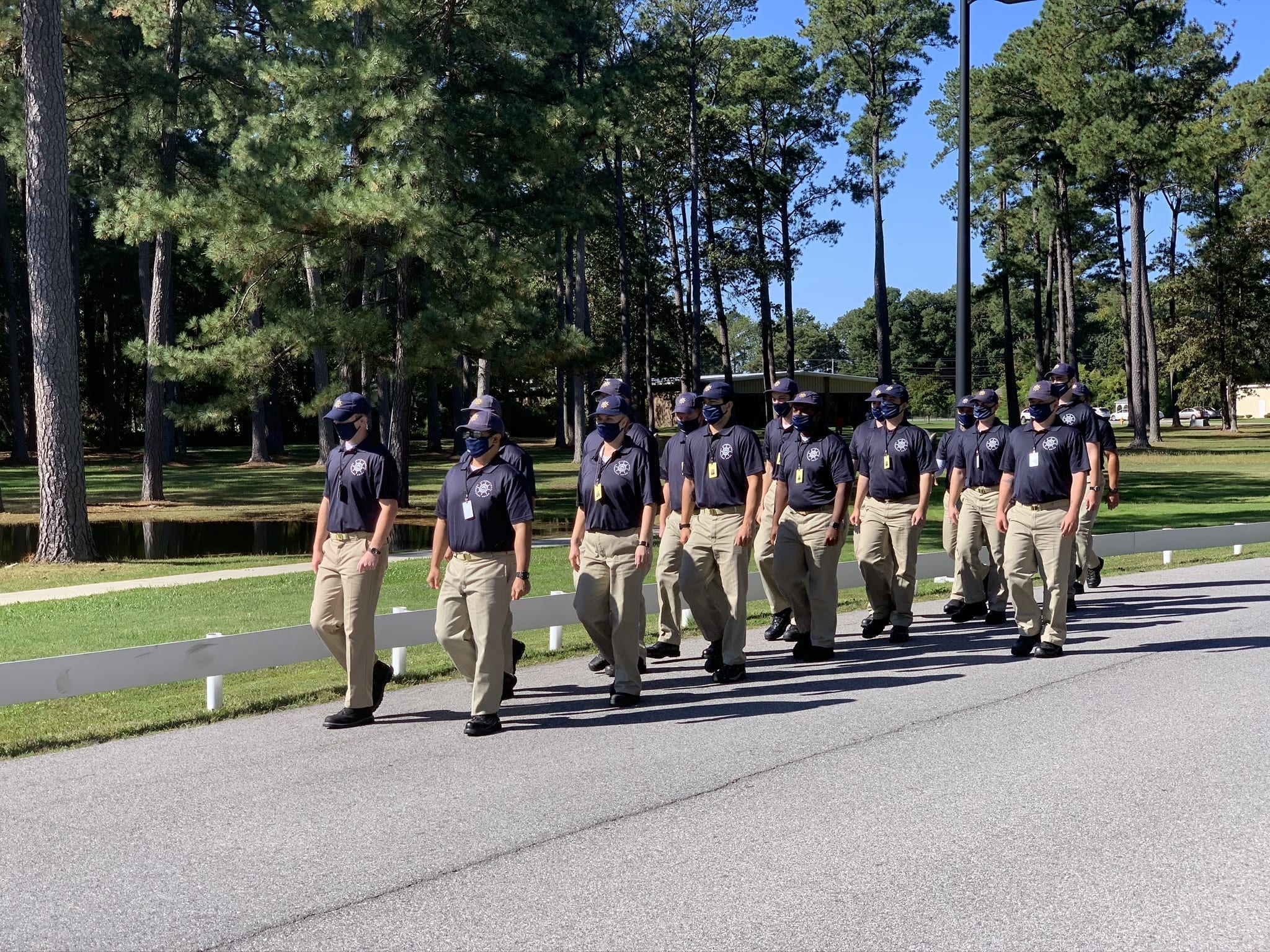 Virtually no part of life in 2020 has been spared from the ongoing uncertainties stemming from the COVID-19 pandemic, and the SIU-affiliated school in Piney Point, Maryland, is no exception.

Nevertheless, the Paul Hall Center for Maritime Training and Education (PHC) successfully reopened in early August and, as of mid-October, was operating without a single case of the novel coronavirus reported among any students or staff.

The global pandemic ensures that every strategy nowadays comes with caveats, but the school is succeeding thanks to a combination of exhaustive planning, teamwork and commitment.

“We had more staff meetings here from May to August than in the prior three years combined,” said Tom Orzechowski, PHC acting vice president. (The school was closed for most of the summer.) “We’re bringing in students from all over the country, and some of them are getting off ships that have been all over the world. So, we spent a lot of time refining plans to reopen as safely and pragmatically as possible.”

PHC Director of Vocational Training Priscilla Labanowski said that all concerned deserve credit, but she’s particularly appreciative of how the upgraders and apprentices have adapted to the safety protocols.

“The students have been very understanding and cooperative. They’ve actually been phenomenal,” she said.

Orzechowski said “buy-in” has been the key ingredient for the smooth reopening. “People understand it’s serious, and the mariners have behaved as true professionals,” he stated.

Students and instructors interviewed for this article all said they feel safe at the school. They were candid about the inconveniences associated with the safety protocols, but all stated that such adjustments are simply part of the 2020 landscape.

The list of changes isn’t short. The PHC is operating at around 50 percent student capacity, and the upgraders and apprentices aren’t permitted to leave campus. They’re also required to self-quarantine for two weeks prior to travelling to Piney Point. Meal times have been staggered, and there’s a three-person limit at each cafeteria table. Masks are mandatory throughout the campus and classrooms; hand-sanitizing stations and social-distance markings are prevalent. No-touch thermometers also are stationed throughout the school. Class times also are staggered. Staff members regularly and extensively clean all classrooms, common areas and equipment.

“I can’t say it’s fun being restricted to the base, but it’s not like there’s anything to really go and do outside,” said AB David Brusco, who is upgrading to third mate. “I feel safe. My advice to anyone coming to the school is, bring entertainment. Bring a computer, bring movies, bring a gaming console. Also enjoy the exercise room” (which is open with capacity limits).

Reopening was a sizeable task, but Orzechowski pointed out that “winding down is also part of the story.”

The school was packed with apprentices and upgraders when the pandemic struck early in 2020. Those students were given the option to leave school without any penalty, or stay and finish their respective classes. Around that same time, the PHC cancelled the remaining schedule for the year (new courses were added later).

Labanowski said the school is still working with students who’d started classes before the pandemic, in order to help them complete the coursework. She also noted that PHC has instituted some online-learning components that help reduce classroom time, and commended the Coast Guard’s National Maritime Center for being very timely when reviewing and approving the modified curriculum.

“Everything’s good,” he said. “I feel safe because of all the stuff we did to get everybody here. We’ve done all the protocols, above and beyond what the health department wanted. We’ve got our guidelines and I’m happy with it.”

He said the students seem to feel comfortable, and they’re consistently conscientious about “wearing a mask and social distancing when we can. We have an added sense of responsibility as instructors but we’re still teaching, and it’s a good relationship between the students and staff.” Deck instructor Peter Luhn said wearing a mask “is the only difference I feel. We’re taking precautions and I feel safe. The students aren’t allowed to leave the campus and the instructors are following our protocols. Nobody wants to be out of work, so I don’t think anyone’s taking chances to bring the coronavirus in. I think the whole staff is doing what needs to be done.”

He added that many students seem to have developed camaraderie as they face the challenges together.

“We’re trying to make the best of the situation and I think it’s running smoothly,” Luhn said. Bill Dodd, an engine department instructor, said there was adjustment period at first both among students and staff, but people quickly adapted.

“This is my first time having to teach with a mask and/or face shield, and it was kind of disorienting,” he recalled. “But I understand the policies, and it’s still conducive to learning and being able to get the information across to the students…. I’ve always felt safe.”

SA Keshyra Brinkley originally was supposed to take the galley operations course in July. She’s sensitive to the pandemic’s seriousness, but didn’t waver about travelling to Piney Point at the next chance.

“As soon as the school opened, I immediately took the opportunity,” she said. “I need this class. I wear my mask and try to keep my distance, but at the same time try to be hands-on and learn. I want to give people their personal space, and I do feel safe.”

Bosun Diego Barbosa (like his classmate Brusco) had been at the school in February, upgrading to third mate.

He said the biggest differences upon returning to campus include “not being able to have your family come and visit and not being able to leave the campus. But I follow the rules and try to comply with whatever needs to be done. I feel very safe.”

He added this advice to future upgraders: “The mail system is your best bet in getting goods delivered. That’s your lifeline.”

Orzechowski said the safety protocols will remain in place at least through the end of this year (likely longer).

“We’re currently discussing what next year’s schedule will look like, based on membership and industry needs,” he said. “We’ll always proceed with safety and caution, and be ready to react to what may be a second wave of this virus or any other type of outbreak. Right now, we’re doing well. We’d like to keep it that way but we have protocols ready in case anything happens.”

He also reiterated his appreciation for how Seafarers have adapted to the “new normal.”

“The membership has responded as true professionals and in outstanding fashion,” Orzechowski said. “They understand the sanctity of the campus, what upgrading means to them and to the industry. The companies are respectful of that, also. We have a need to train mariners and a responsibility to crew ships, plus a responsibility to offer opportunities to train and increase their earning potential.”

Finally, there’s the question asked by many: What about Mooney’s Pub, a Piney Point staple? Orzechowski replied, “We’ve limited time and created additional space. People can still be social but respect space and health.”