The U.S. Department of Transportation (DOT) and its Maritime Administration (MARAD) definitely made the best of a challenging circumstance for this year’s National Maritime Day celebration in the nation’s capital.

This year’s theme was, “Resilient Sealift for a Resilient Nation.”

“It’s great to be with you today – if only virtually – but Maritime Day must go on,” Buzby said in his opening remarks. He then introduced Chao, whom he described as “a strong advocate for the importance of the maritime industry to our nation’s economic growth, and to our national security.”

Chao offered a brief history of the day of remembrance: “National Maritime Day was established by Congress in 1933 to commemorate the first transoceanic voyage of the American steamship Savannah. It was a way to celebrate America’s long and deep maritime tradition, and the innovation that has powered it, from [steamships] to nuclear ships and beyond. In World War II, merchant mariners were an essential part of the war effort, and their casualty rate exceeded that of all the other Armed Forces.” 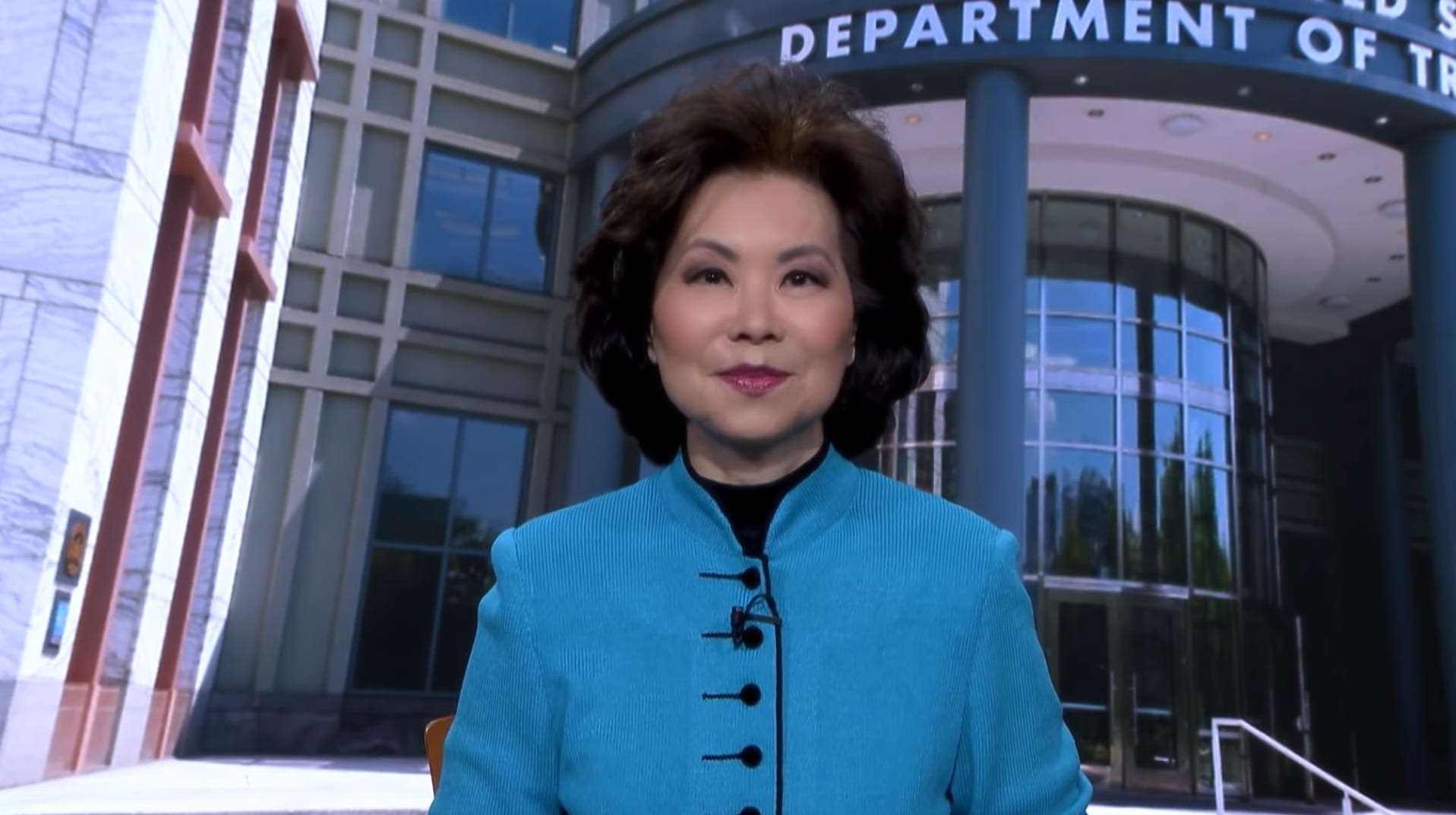 She continued, “Today, we salute the men and women of the American maritime community, who have helped ensure that people, supplies and equipment get to where they need to be during times of peace, war and natural disasters.

“Our U.S.-flag fleet is an integral part of our national security, and as we face the COVID-19 crisis of today, the department is doing everything we can to support our country’s maritime sector, and ensure that the industry is able to ramp up when the economic recovery begins.”

Buzby then offered his remarks, speaking from the deck of the SIU-crewed Ready Reserve Force vessel SS Cornhusker State in Newport News, Virginia.

“Our motto in the U.S. Merchant Marine is, ‘In Peace and War.’ It’s on our merchant marine flag, we talk about it in speeches all the time,” he noted. “It’s been a part of our industry since before this nation was even a nation. It’s what drives all of us who have served at sea and those of us who support those who go to sea. The idea is that we’re going to get it through, no matter what – whether it’s peacetime, wartime, no matter what, we’re going to get it through.

“And certainly, throughout our nation’s history, this industry has persevered through a Revolutionary War, a Civil War, two global conflicts and any number of regional conflicts,” Buzby added. “The merchant marine has always been there, and has never faltered. Now here we are, facing a new foe, a new global conflict, but this time instead of man versus man, it’s man versus a virus. And the U.S. Merchant Marine is still persevering through it all.” 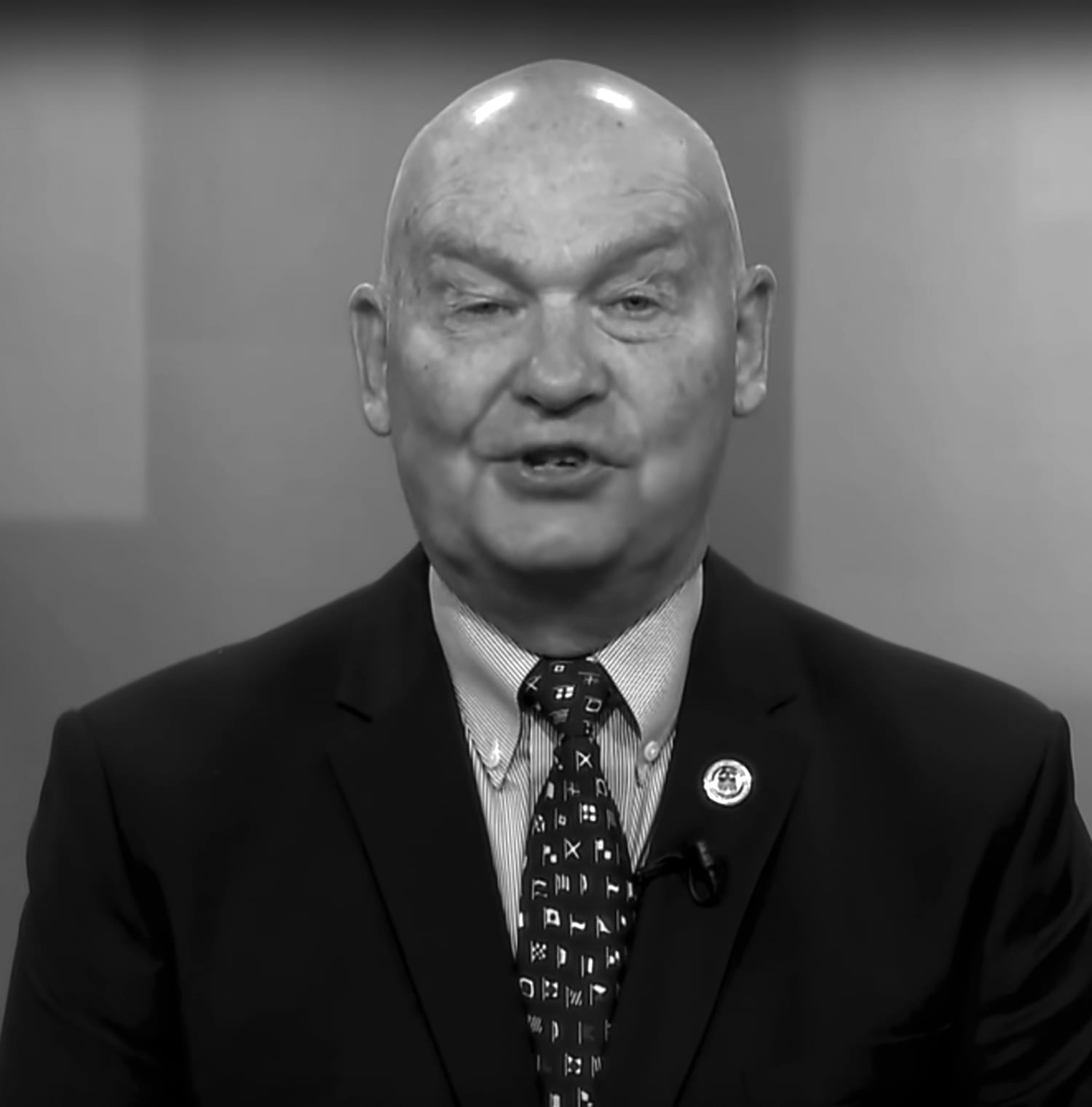 Buzby then touched on the service of mariners during World War II, before saying, “Congress just approved recently the Congressional Gold Medal to award all those merchant marine veterans of World War II, who … persevered in wartime to make sure the Allies had victory in Europe and in the Pacific. Today, you mariners are facing the same, very grave challenges, and we have to do the very same thing. We have to come up with countermeasures, things that are going to mitigate that risk and keep our ships sailing, and you’re doing that – whether it’s through personal protective equipment, social distancing, contact tracking, the deep cleaning of our vessels, you’re making it happen and you’re still getting our ships through. And I think that’s a real tribute, as much to you and this generation as it was to those who preceded you and other generations who did what you had to do to get those ships through. I think it’s something that you all should be very, very proud of.

“I’m very proud of the conduct of all of you, whether it’s been labor, the shipowners and operators, or whether it’s been government entities,” he continued. “The level of cooperation that has been exhibited, I think, says so much about this industry and why we are so strong and why we have been able to persevere through all these years.”

Buzby concluded, “In the coming months, when we do get this thing behind us, every one of us that had the watch during this time should take a great deal of pride in the fact that, when it was our time, when our nation called upon us, when the challenges were issued, that we all stood tall, did what we had to do, and made it happen. In peace and war.”

Lyons said, “As this audience knows, TRANSCOM, one of 11 combatant commands, is responsible to the Secretary of Defense and the Commander in Chief to deploy and sustain military forces around the globe to support our national security interests. In doing so, we count on a strong, U.S.-flag maritime industry – a maritime industry that has a long history of enabling military victory. Today, just as in World War II, the United States-flag merchant ships, the mariners who crew them, and our commercial sealift industry continue to play a critical role in our nation’s defense by providing sealift ships, mariners, and access to global seaport networks.” 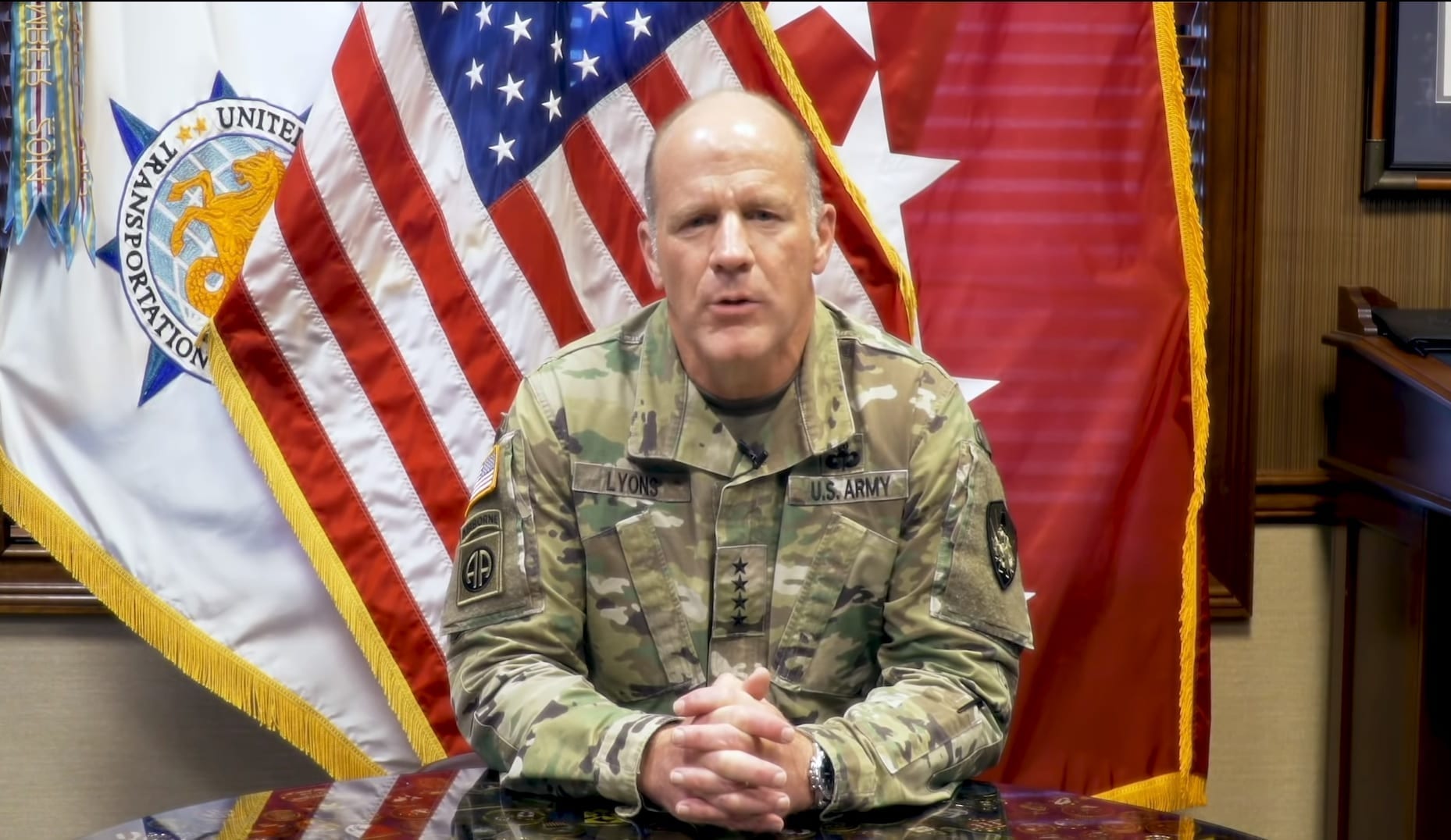 He continued, “As a result, the United States’ ability to project and sustain military power across transoceanic distances remains a strategic competitive advantage, and is admired by friends and adversaries. TRANSCOM, working with MARAD and key industry partners, provides an essential element of deterrence and, if necessary, the unquestionable ability to respond with overwhelming, decisive force, most of which will be moved by sealift. The resulting combined effort is a world order that encourages peace, and opportunities for freedom, while deterring a great power war for over 75 years and counting.

“The United States is today, and always will be, a maritime nation,” Lyons concluded. “The most important resource of a maritime nation is people: professional men and women of high technical proficiency, who sail with high technical competency, hard work and innovation. That is why, at the end of the day, it is a U.S. flag on a ship, with U.S. crews at the helm, that remain essential to our national defense.”

Yoho began by expressing his thanks on behalf of his fellow merchant veterans for the recent passage of the Congressional Gold Medal Act. He then gave a brief history of the merchant marine in World War II, to which fellow veterans Monteleone, Shaw and (now Captain) Stevens added their insights into the life of a World War II mariner.

Following those remarks, Buzby placed a ceremonial wreath into the sea, as the traditional Eight Bells were rung in honor of fallen mariners. Afterwards, Rowe spoke about his relationship to the maritime industry, including an uncle who was a mariner, before concluding the ceremony with the singing of the Merchant Marine anthem, “Heave Ho.”