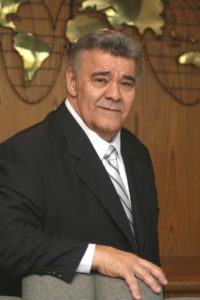 Congratulations to the U.S. Merchant Marine of World War II on the recent passage of federal legislation that awards a Congressional Gold Medal in recognition of their heroism. The SIU proudly and actively supported this bill, which was years in the making, just as we worked for decades to ultimately help secure veterans’ status for those mariners (many of whom were Seafarers).

Even though the indispensable contributions of our wartime mariners sometimes were overlooked by the history books, I think we’ve come a long way. Maritime unions, pro-maritime legislators, authors, and the American Merchant Marine Veterans, among others, have worked hard to put a spotlight on these most-deserving men who helped deliver the Allied victory. Our mariners are, in fact, veterans. They are included in the World War II Memorial in our nation’s capital and in various monuments across the country. In recent years, several excellent books have been published that reflect the extraordinary bravery of those who exclaimed, “Damn the submarine! We’re the men of the Merchant Marine!”

And lest any newcomers to our industry mistakenly think that we’re just patting ourselves on the back, never forget this comment from Allied Commander of the Pacific during World War II Gen. Douglas MacArthur: “I hold no branch in higher esteem than the Merchant Marine.” Similarly, President Franklin D. Roosevelt said the U.S. Merchant Mariners of World War II “have delivered the goods when and where needed in every theater of operations and across every ocean in the biggest, the most difficult and dangerous job ever undertaken. As time goes on, there will be greater public understanding of our merchant fleet’s record during this war.” Enactment of the Merchant Mariners of World War II Congressional Gold Medal Act of 2020 has been a long time coming. I can think of no other group of maritime heroes who are more deserving of accolades.

Election Day will be here before we know it, and it’s definitely not too soon for Seafarers to make sure you’re registered to vote. Go online or check with your union hall if you need assistance. Every vote counts, and that’s not a cliché. It’s the truth.

Back when we were heading towards the winter holidays, someone forwarded me a message that said, you can save money on Christmas gifts this year by making it a point to talk about politics at Thanksgiving dinner. I laughed and shook my head at the same time.

Civility can be in short supply when engaging in political action or political discussions, but it doesn’t have to be a lost art. I encourage everyone to remember that we all want what’s best for our great nation, and while there’s nothing wrong with strongly felt disagreement, we can all benefit from focusing on facts and maintaining respect for each other.

With the hundredth anniversary of the Jones Act approaching (June 5), expect more wild accusations about America’s freight cabotage law. Lots of money and other resources have gone into the misguided effort to weaken or repeal this vital law, which protects U.S. national, economic and homeland security.

If you start to notice a renewed media blitz against the Jones Act, the timing is related to the centennial. Fortunately, the facts are on our side, which is why the Jones Act continues to enjoy strong bipartisan support and tremendous backing from our military leaders. We know better than to let down our guard, but I believe the Jones Act – which helps maintain around 650,000 American jobs – will be around for a long time to come.