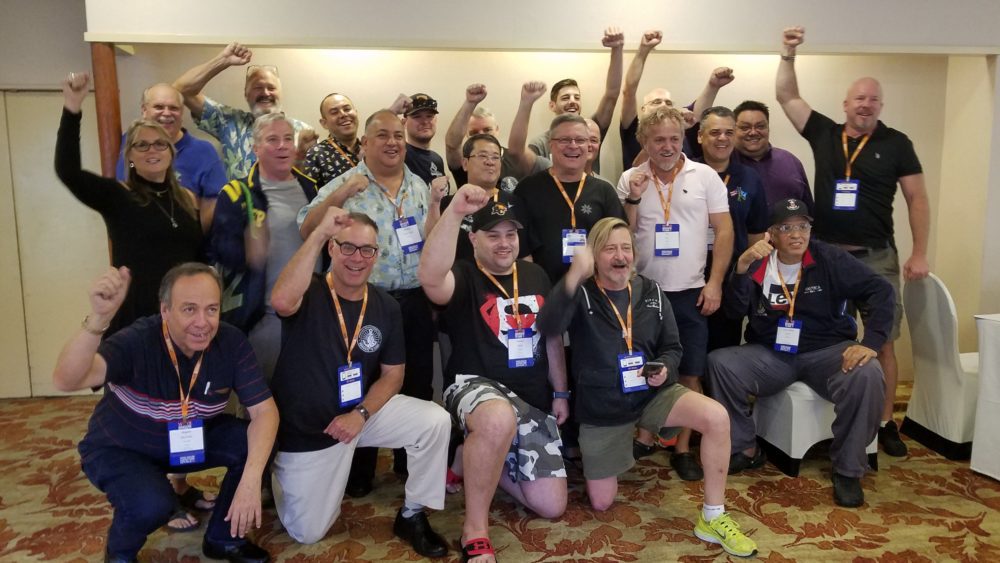 More than 110 International Transport Workers’ Federation (ITF) inspectors gathered in Colombo, Sri Lanka, in late September for the Worldwide Inspectors Seminar (WWIS). The event, which now will take place every five years, gives the inspectors time to collaborate and network among themselves; and to develop new innovative strategies for achieving the ITF’s organizational objectives in the Flag of Convenience Campaign (FOC).

The seminar was opened by President Conrad Oca of the Associated Marine Officers and Seamen’s Union of the Philippines (AMOSUP) and first Vice Chair of the Seafarers’ Section, who welcomed the inspectors and referred them as “the ITF’s Police Force.”

According to SIU ITF Coordinator Ricky Esopa, “ITF Inspectors are the ITF representatives working in ports all around the world in support of the FOC Campaign. Their role is to ensure that mariners of all nationalities receive the entitlements afforded to them: under their working agreement, the Collective Bargaining Agreements (CBA) they’re employed under, and those protected by international conventions that are signatory under the vessel flag. They pursue fairness and justice for those who are abandoned, mistreated and cheated by bad shipowners.

“The mission the week of the seminar is to strengthen our goals and commitment in defending seafarers’ rights,” Esopa added.

Attending the seminar for the first time was SIU ITF Inspector in the Charleston/ Savannah Region Corey Connor, who stated, “I found it to be incredibly informative and energizing. Not only as it pertains to our job as inspectors, but also putting the faces to the names of the brothers and sisters I have been working with around the world. I found myself leaving more informed and more empowered in my role to protect the seafarers and their rights.”