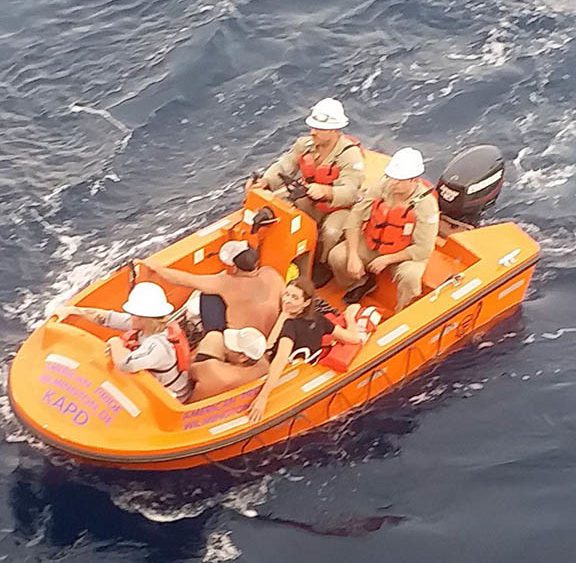 Seafarers Save 3 Near Tampa

The SIU-crewed American Pride on Sept. 18 rescued three individuals from a foundering boat near Tampa, Florida. 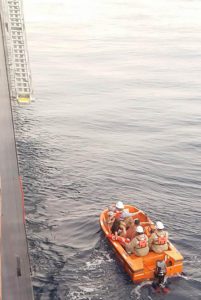 Recertified Bosun Ronald Webb said the American Pride was headed to anchor when an alarm sounded.

“The fishermen’s boat was sinking and they had gotten into a life raft,” Webb stated. “We deployed a rescue boat and put out a ladder. We towed their raft to the ship, and they came up the ladder…. They had been out there for four days. They were bailing water like a son of a gun when we found them.”

The two men and one woman were in good and grateful spirits as they boarded the ship.

“Our guys all went above and beyond and did a great job,” Webb added. “Everything went perfectly, and everybody did what they were supposed to do.”

“You know the routine,” he said. “We provided food and water as soon as they came aboard, and also grabbed some blankets. You should have seen their expressions – they were very, very grateful.”

Jones added, “Conditions couldn’t have been any better for the rescue, whereas today (Thursday), it’s very windy. For us to spot them like that, it was something.” 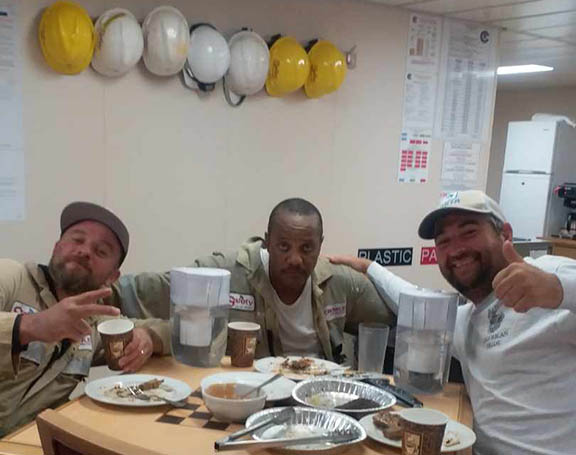 Bosun Webb (center) with two of the fishermen