Port Maritime Councils and MTD affiliates did not wait to be asked. They immediately went to work collecting and transporting badly needed supplies to the people of Puerto Rico who are reeling from a series of earthquakes this month. 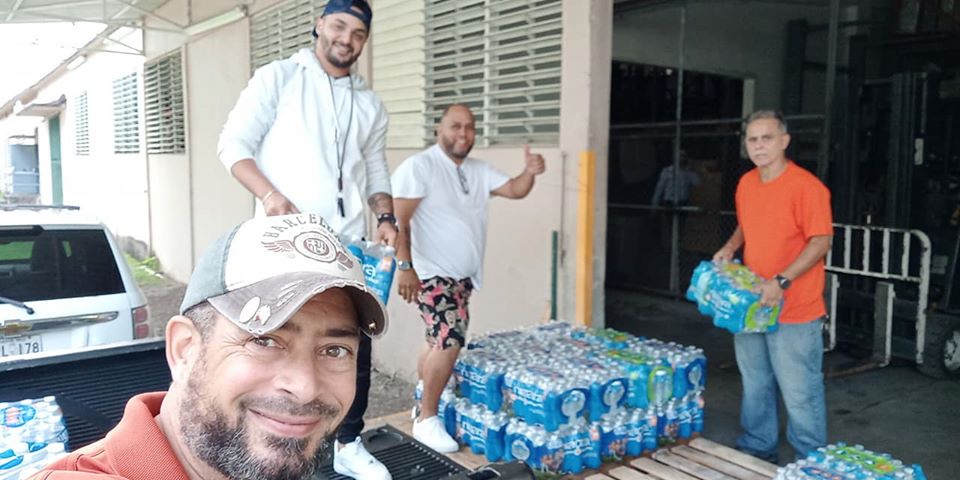 Headed by its president, Amancio Crespo (foreground), the Puerto Rico PMC loads supplies for delivery to earthquake-stricken regions of this island.

The Greater South Florida Port Maritime Council filled a container with water, food, flashlights and many other badly needed items for those who are without electricity, water and – in many cases – safe shelter. The container was loaded mid-January onto a US-flag, US-crewed Crowley Maritime vessel headed straight for San Juan.

From there, the San Juan Ports Maritime Council made sure the supplies were taken to the southeastern corner of the island, which has suffered to most damage.

This is the first of many such efforts.

Four union halls belonging to the MTD-affiliated Seafarers are filling more containers with supplies being donated by unions and their members. The halls are located in Philadelphia, Houston, Ft. Lauderdale and Jacksonville, Florida. The containers will be placed aboard US-flag, union-crewed Jones Act ships for delivery to the commonwealth.

Randi Weingarten, president of the American Federation of Teachers – another MTD affiliate – viewed firsthand and met with her members affected by the tragedy. Just as happened following the 2017 hurricanes that ravaged the whole island, the Teachers and Seafarers are coordinating efforts to get more help to those in need.

Hundreds of union members attending the annual AFL-CIO MLK Civil and Human Rights Conference filled small lunch baggies with personal care items as part of their day of helping. The packets filled 13 large boxes that the MTD shipped to Jacksonville for delivery to Puerto Rico. 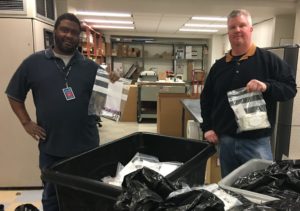 In addition, the AFL-CIO is coordinating with all of its affiliates to get additional supplies like soap, diapers, blankets, medical needs, tents and much, much more to those in need. A complete list can be found on the AFL-CIO website. (An important note – NO used clothing will be collected or accepted!)

The Seafarers hall addresses for the containers going to Puerto Rico: